Wow, all I can say is this was the second most incredible celestial experience I have witnessed.

I have been in several 80% eclipses. It would grow dark, as if a thick cloud was passing in front of the sun. The temperature would drop a few degrees and then it would be over.

I knew going into this eclipse, from reading other peoples experiences, that it would be amazing. I didn’t understand the full scope of what I would feel until it happened.

A persons mind can dream, think, and ponder but these are not experiences.

The lead up to the totality was exciting. There was a palpable wave of anticipation.

We all gathered on the deck. There were seven of us. The air was heavy. The temperature was 92 degrees. We were wearing the air.

A strange hue continued to fall over the surrounding fields and landscape. The colors progressively subtly changed with each passing minute.

At one point it felt like a large thunderstorm was approaching. The darkness. The heat. The humidity. It wasn’t a storm, but the darkening of the sun.

It reminded me of my childhood here on the farm. One year the sky in the north was boiling black. The clouds were churning. It was the kind of sky that you just knew was going to bring something bad.

We were at my grandmothers house. My mom, dad, and two sisters headed for our house. Our house was a few hundred feet away from grandmothers. I was carrying a metal pan. A wall of wind pushed against me. It took the pan out of my hand and whisked it away up into the air. I wondered if I was next!

It is a peculiar feeling when a memory, lost long ago, returns..

That is what the sky reminded me of right before the clock struck totality.

Inch by inch the light from the sun disappeared. My eyes had to be as big as the lenses on my glasses. I audibly said wow several times.

The towering cumulus clouds to our west started turning a mixture of white, blue, orange, and pink. The changing sunlight was turning them into a moving painting with different hues of color.

A dozen birds flew by us. They were low to the ground. They seemed excited. Moving fast.

You could then see the diamond. One last burst of light cutting through the moons hills and valleys.

Then, the last sliver of sunlight stepped into darkness. The sun was cloaked.

Then the shadow snakes appeared. Have you ever looked into the shallow end of a pool? A pool with clear, fresh, and sparkling water. You can see the bottom of the pool with wavy shadows, dancing across the liner. That is what these shadows looked like.

They were moving. Racing towards the southeast. They were like hundreds of ghosts passing beneath our feet. We only knew of their presence because of the white sheet that we had carefully placed on the decking..

We were then immersed. Bathed in a hue of light that wasn’t like sunrise, sunset, or anything else I have experienced.

There was a surreal calmness. You could feel the temperature drop. A light breeze was blowing.

The sounds of a symphony of cicadas suddenly arose from the woods.

Far in the distance I could hear an owl. Faint, but there.

Through the thinness of white cirrus clouds the sun went black. Around it were whitish hues of light.

I must have been smiling. I was in awe. I don’t know how else to describe the feeling. In its own way, it felt spiritual. Suddenly nothing else mattered.

For those two and half minutes, my mind was cleared of all that was negative. Peacefulness. That is the best way I can describe it.

As I looked around it appeared that the horizon was at twilight. Not light. Not dark. Unlike a sunset or sunrise. This twilight was in all directions.

The cumulus clouds, that were bubbling in the afternoon heat, were dissipating. It is amazing how fast clouds can change, but they did.

For those two and a half minutes we were in the shadow of the moon. A place I have never been before. A place I hope to be again one day.

As suddenly as it arrived, it departed. A bright ray of light exploded towards us. It was like you would imagine when a star is born.

Bright, shining, and beaming. The sun, as if with great excitement, had returned. 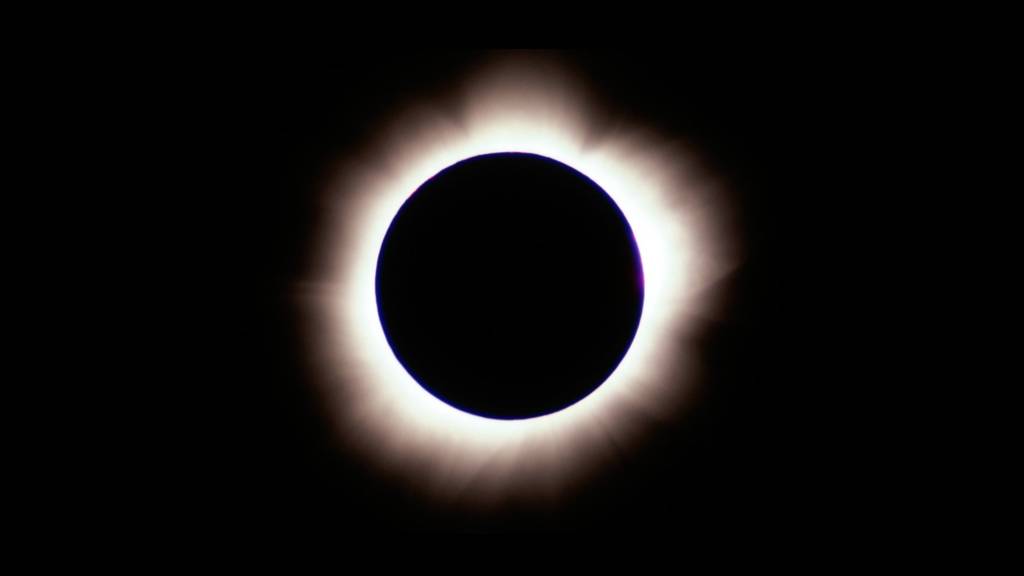 Beau Dodson is the meteorologist for the Southern Illinois Weather Observatory and for WeatherTalk LLC. His forecasts cover portions of southern Illinois, western Kentucky, and extreme southeast Missouri. He is also the President of the Shadow Angel Foundation.
Short update today for subscribers
August 22, 2017: Morning weather update